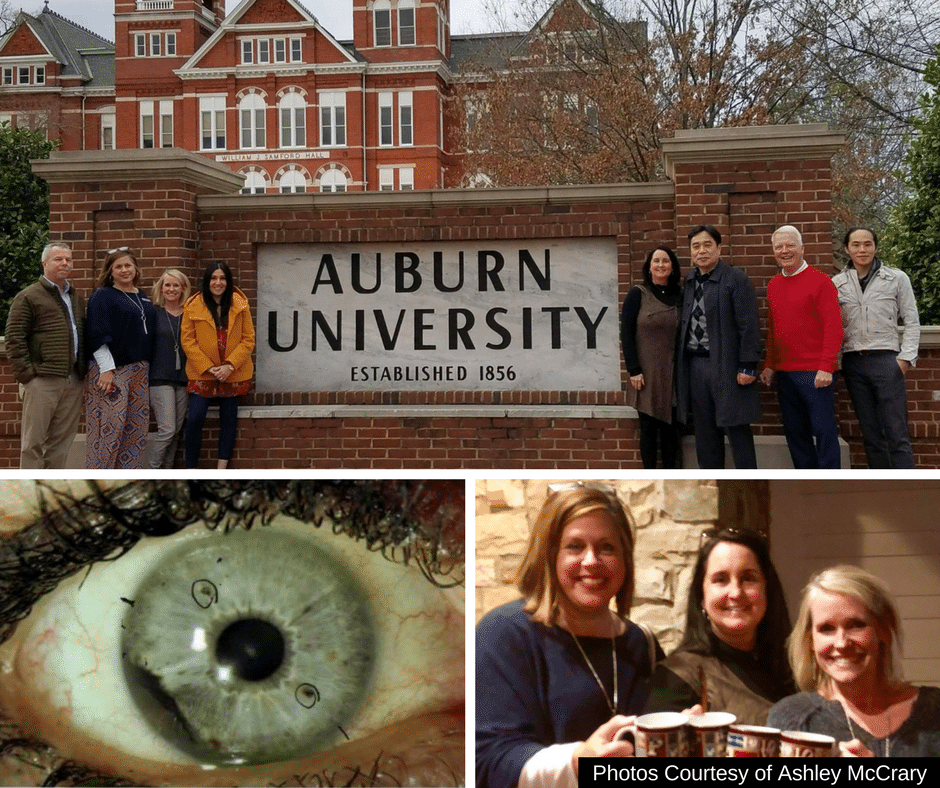 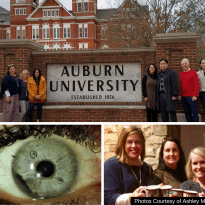 Ashley McCrary didn’t think much about the blurred vision she was experiencing until a friend noticed a freckle in the iris of her right eye in 2012. Just weeks later, after a jarring trip to an ocular oncologist where McCrary learned she had uveal melanoma (UM) – a rare and extremely metastatic cancer – she had her eye (and the cancer) removed.

Six years later, McCrary is cancer free and co-owns a business in Auburn, AL: “I believe I’m a miracle standing here. Oftentimes, there are no symptoms and people don’t know until it is too late – they’ll find liver cancer and realize it spread from UM. Doctors always point out that the friend who noticed the freckle saved my life.”

Uveal melanoma can be asymptomatic and typically begins with a freckle that grows on the iris of the eye, which is often initially dismissed. Other symptoms include blurred vision in one eye, sensation of flashing lights, change in shape of the pupil, and loss of peripheral vision. According to the Mayo Clinic, having light eye color, increasing age, being white or light-skinned, and certain skin disorders (such as dysplastic nevus syndrome) and UV light exposure are all factors that increase the risk of developing ocular melanoma.

An Uncommon Cancer of the Eye
Although it is the most common cancer of the eye, uveal melanoma is extremely uncommon, with roughly 4 out of 1 million people being affected in the United States. It is even less common in people under 60, so when a trio of younger women were diagnosed, Ashley McCrary, Allyson Allred, and Julie Little Green – all who lived in the same dorms at Auburn University in Auburn, AL – researchers from Thomas Jefferson University in Philadelphia were intrigued, to say the least. Allred, whose daughter is now a student at Auburn University, has been battling cancer for 16 years, facing 9 recurrences. She continues her fight today, along with another former student, Lori Lee, as both women’s melanomas have metastasized to various parts of their bodies.

Location Clusters in AL and NC
The researchers’ interests only grew as the number of patients with UM increased from 1, to 3, to 8, and now has reached 30 cases – all who were students or worked at Auburn University between 1983 and 2001. A similar cluster has been identified in a Huntersville, NC, and these cases have stumped experts. As a native of “The Loveliest Village on the Plains”, alumna of the University, and friend of Ashley, my interests – and the interest of many in the Auburn “family” – were also piqued.

Coincidence? Researchers and Auburn University Work to Make Sense of the Data
It seems obvious that this is no coincidence – it’s too rare of an occurrence for this rate of frequency in a such a small area – so what is the source of this spike in uveal melanoma in these two towns? The answer to this question is one that the experts from Philadelphia want to answer; doing so could help save lives of others who may also have UM.

On February 10th, 2018, the team from Thomas Jefferson University was joined by experts in ocular melanoma from across the United States to meet with patients to gather information and to host a public discussion session on the melanoma mystery taking place on The Plains. Researchers then convened in Philadelphia to dive into the data and patient information they collected – hoping to make sense of it. So far, location and potential environmental factors are the only connecting points, making this phenomenon even more baffling.

Spreading the Word
Auburn University issued a statement about the “Auburn UM cluster” that read:

“The university encourages spreading the word about uveal melanoma and all types of cancer and the need for early detection, and it welcomes cancer researchers looking into this rare cancer. Our understanding is the scientific community has not established what causes it, and there is no known casual connection that would indicate any student or employee is in danger. The university would act immediately if it knew of any unsafe conditions on campus. The health and safety of our students and employees are of utmost importance. Tests are available through optometrists or ophthalmologists for anyone wishing to be tested.”

McCrary and others with uveal melanoma in the Auburn area have created a Facebook page (Auburn Ocular Melanoma Page) to share information, support, and experiences with UM; it now has a following of over 1,500 and has brought patients and their loved ones together from across the country, uniting together to find a cause – and a cure – for uveal melanoma.

Father of patient Allyson Allred and former state senator Bill Armistead is spearheading the charge for additional research by meeting with officials from the governor’s office, in addition to both patients and family members reaching out to state legislators in Alabama to request they dedicate a line item in their budget for $100,000 to researching the cause of this mysterious occurrence – a vote that will take place within the next week.