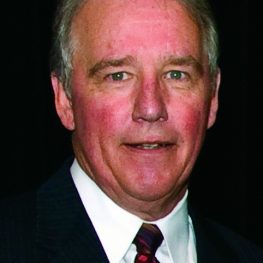 Bill Alden has spent his entire distinguished career of nearly 50 years in the field of drug enforcement and abuse prevention, first as a DEA agent on the front lines, where he was the youngest agent ever promoted to front line supervisor, then, as the Chief of DEA’s Office of Congressional and Public Affairs. While heading the Office of Congressional and Public Affairs, he was instrumental in raising public awareness of drug related issues through developing “Drug Wars: The Camarena Story”, and by appearing in the print and TV media to promote awareness of DEA’s mission. His diverse experience led him to become the Deputy Director of DARE America and later to operate his own consulting firm, The Alden Group, providing law enforcement and drug prevention services to organizations including DARE America, Noblis, Verint Technology Inc., and Lafayette Group.

In 2001, Mr. Alden proposed the concept of a DEA Educational Foundation which came to fruition through his efforts and of which he was first the president and is now the Chairman of the Board. He currently lends his talent and expertise to the Foundation in support of the DEA Museum soliciting sponsors and partnerships to allow the museum to develop state-of-the-art displays and traveling exhibits. One such traveling exhibit, Drugs: Cost & Consequences has been seen by more than 22 million teachers, students and parents in 14 cities across the country. Another exhibit was created to educate Afghans on the dangers of opium use. Thousands of students in Afghanistan have viewed the exhibits as they traveled the countryside.

The Foundation also supports the DEA Youth Dance Program which provides an afterschool dance program to children across the country giving them an alternative to drugs while teaching them to make healthy and smart choices. The DEA YDP is currently in 47 cities across the U.S. The DEA EF developed an Opioid Awareness strategy which focuses its efforts on educating the public on the dangers of Opioid misuse.

As these examples illustrate, Mr. Alden’s dedication to drug awareness and his wide range of experience and skills continues to be an invaluable asset to the Foundation.

Mr. Alden received his B.A. degree from Indiana University in 1966.