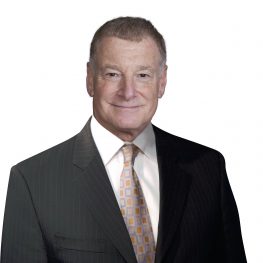 nternationally recognized expert on the treatment of inflammatory bowel disease (IBD), former chair of the FDA Gastrointestinal Drugs Advisory Committee and advisor on the development of multiple leading IBD drugs

Dr. Hanauer is a board-certified internist and gastroenterologist and is the Clifford Joseph Barborka Professor of Medicine and Medical Director of the Digestive Health Center at Northwestern University’s Feinberg School of Medicine. Dr. Hanauer is a Fellow and past President of the American College of Gastroenterology (ACG) and the former Chair of the American Gastroenterological Association’s Inflammation, Immunology, and IBD Section. He is also a prior member of the Gastroenterology Specialty Board of the American Board of Internal Medicine and is a member and former-Chairman of the International Organization for Inflammatory Bowel Disease. Among his many honors, Dr. Hanauer received the ACG’s Fiterman Foundation Joseph B. Kirsner Award in Gastroenterology and the Janssen Award for Clinical Excellence. He has served as a member of the U.S. FDA Gastrointestinal Drugs. Advisory Committee since 1987, he Chaired the Committee from 1998-2000, and he presently serves the Center for Drug Development and Research as a Special Consultant defining new guidelines for clinical evaluation of IBD patients.

Dr. Hanauer has expertise in designing and leading clinical studies for IBD related therapies and has acted as a clinical investigator and/or advisor to pharmaceutical companies in the development of many of the leading IBD therapies, including: Uceris, Asacol HD, Remicade, Humira, and Entyvio.

Dr. Hanauer received his medical degree from the University of Illinois Chicago, and he completed his residency in internal medicine and a fellowship in gastroenterology at the University of Chicago in 1982. In 1999, he was named the Joseph B. Kirsner Chair in Medicine and was designated Chief of the Section of Gastroenterology, Hepatology and Nutrition at the University of Chicago. In 2014, Dr. Hanauer was named the Medical Director of the Digestive Health Center at Northwestern Medicine and the Clifford Joseph Barborka Professor of Medicine in the Northwestern University’s Feinberg School of Medicine, where he continues to treat IBD patients and conducts research into new therapies.