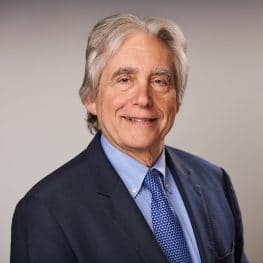 Prior to joining Dell Med, Dr. Nemeroff was chair of the Department of Psychiatry and Behavioral Sciences and clinical director of the Center on Aging at the University of Miami Miller School of Medicine in Miami, Florida. He has served as president of the American College of Psychiatrists (ACP) and the American College of Neuropsychopharmacology (ACNP) and sits on the Scientific Advisory Board and board of directors of the American Foundation for Suicide Prevention (AFSP) and the Anxiety and Depression Association of America (ADAA).

He is a member of the APA Council on Research and chairs both the APA Research Colloquium for Young Investigators and the APA Work Group on Biomarkers and Novel Treatments.

His research is focused on the pathophysiology of mood and anxiety disorders with a focus on the role of child abuse and neglect as a major risk factor. He has also conducted research on the role of mood disorders as a risk factor for major medical disorders including heart disease, diabetes and cancer. He has published more than 1,100 research reports and reviews, and his research is currently supported by grants from the National Institutes of Health.

He received his M.D. and Ph.D. (Neurobiology) degrees at the University of North Carolina (UNC) School of Medicine. After psychiatry residency training at UNC and Duke University, he held faculty positions at Duke and at Emory University before relocating to the University of Miami in 2009.